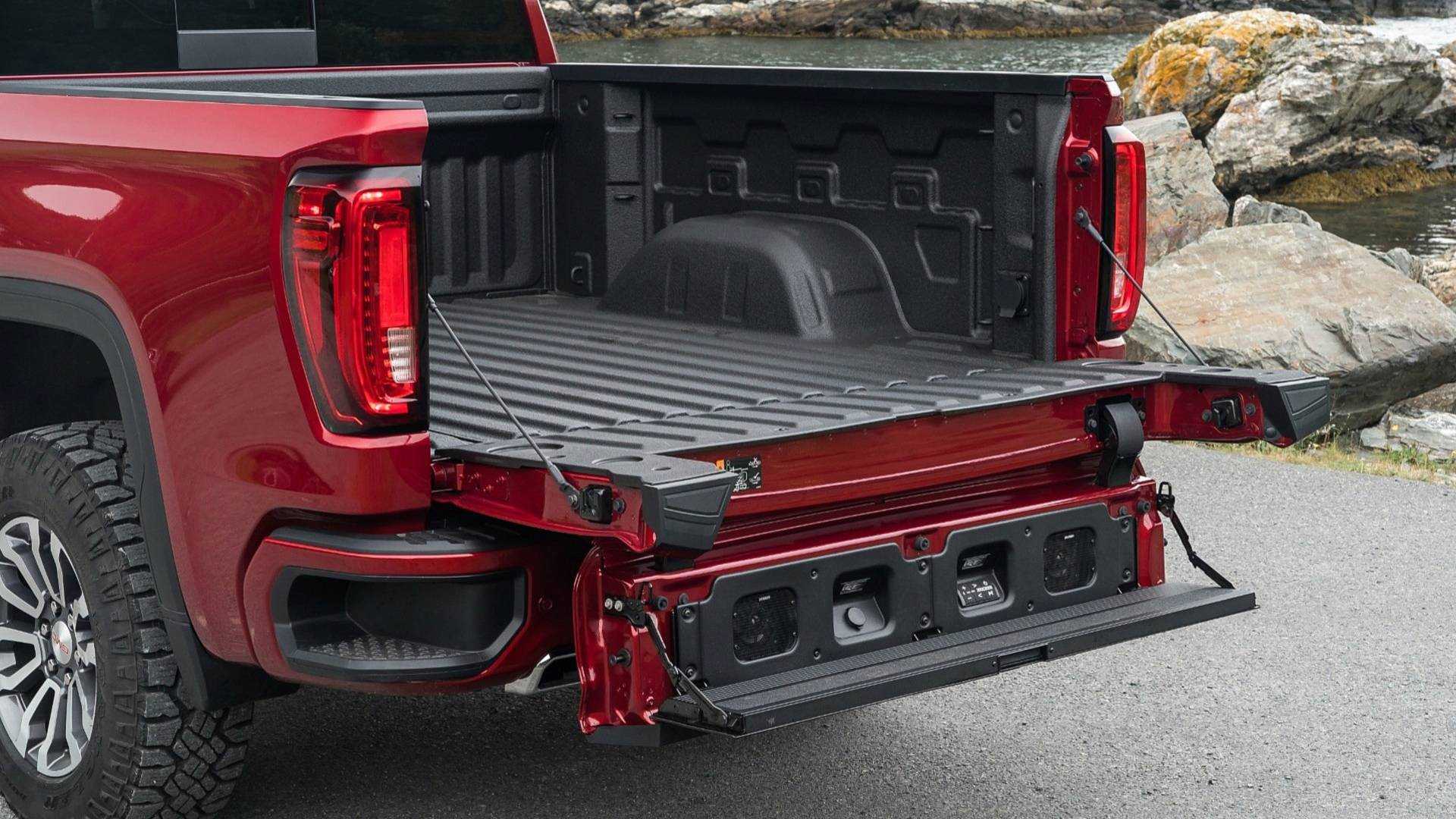 By raising and dropping these two tailgate panels in various combinations, the MultiPro can perform many different functions, from bed extension to step entry and many in between.

MultiPro is primarily designed to be a powerful, durable, and useful tool. As a result, GMC engineers focused not only on designing the tailgate the way a pickup owner wanted it to maximize its functionality and comfort but also on making it sturdy and reliable, no matter how it was used.

The MultiPro can be opened and closed like any traditional tailgate. With the push of a button to unlock the tailgate itself, a dash button, or a remote control button, the MultiPro drops and opens like a regular tailgate.

The MultiPro is equipped with torsion springs and shock absorbers, which allow the tailgate to be lifted and lowered smoothly.

If you're pulling on a longer object – like a sheet of plywood or maybe a paddleboard or two – the MultiPro's load stop function helps keep things safe from sliding out of the box.

The inner panel on the inner door can be opened and folded, creating a vertical barrier for longer elements.